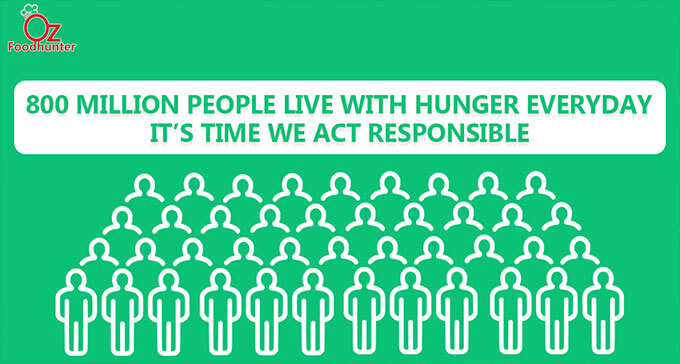 Food Wastage and its effects

How much of food we actually use and how much is put into waste? Is it complicated?

No!!!. Let us look at our refrigerators to begin with sounds funny? It isn’t.

We will connect the dots now.

Study conducted reveals on an average 4.45 million tons of food is wasted every year and that every household wasting 936 Kg of food. If this is startling consider the stat, this is roughly the equivalent of 1/4th of the food that is bought if that is not enough, a humongous 5.2 billion dollars are spent on food each year. This consumption has its demerits as approximately one quarter is roughly wasted and not utilised causing effects on its environment and the food chain.

Food is also wasted it takes to grow the food. Sounds confusing???. Let us look at an example of what goes into a steak. 40% of all the wheat, rice, corn and other food are used to feed the animals

Another metaphor would be beef production. In Western developed countries, every kg of beef requires 10 kg of cereals and 100,000 litres of water for its consumption. That’s so much of food being wasted for beef consumption per kg. Estimation would suggest for standard population of over 10 million consuming beef, the food wastage would be skyrocketing beyond what we can imagine. Many country mates eat certain portion of the animals. About 46% of the edible cow carcass is sold cheaply for pet food and other uses. Food in the supermarket is also wasted to about 7% which is unsold food. Roughly around 30% of the food is wasted from our households.

Let’s draw your attention to the veggies. One kg of potato requires approximately of 500 litres of water and one kg of rice requires 1500 litres of water. Let’s not forget our routine daily dose. Sure you must have figured it out now! Yes it’s about coffee. It takes 140 litres of water to make a cup of coffee right from its plantation, brewing and making your delicious coffee. About 30% of the fruits and vegetables are rejected by the Supermarkets for not meeting the standards.

According to the CSIRO 54% of the Australian mangoes are thrown away each single year. Equating the food wastage in Australia to filling trucks, yes it would fill roughly 720,000 trucks of food. To put in plain perspective, a quarter of the food wasted in developed countries would feed the hunger stricken stomachs of the developing and under developing countries. This goes to sure that we consume than what it is required and resources on our planet are not plenty and limited yet the food chain is affected each and every day causing its effect on greenhouse gases causing irreparable damage to our climate. Hence, there is a greater need for us to adjust our food chain system to limit the wastage and promote biodiversity. This calls for transformation in producing, processing, distributing and consumption in our food system. It is about time that we act responsibly and make things better for our environment.